If you have been getting started with Google Photos, then you have probably checked out Google Photos on the Web and the mobile device of your choice. That’s what I did last week.  I love its navigation, cross-platform functionality and search capability, in addition to the fact that Photos is again its own application.

How do I get photos to Google Photos without engaging in the two-step process or downloading them and then dragging them to the Google Photos Web app?

After installing the app and logging into your Google account, you can select which folders Google Photos will automatically back up. I installed the Mac app; the Desktop and Pictures folders were checked, along with Cameras & Storage Cards. This last option means that no matter where I put the photos from my camera’s SD card, Google Photos will get them. You can also uncheck the default options listed and add other folders as auto backup sources.

During setup, you must also choose a photo size. You are given the same two options as you encountered on the Web or Google Photos mobile app: High quality or Original. The former caps photos at 16 megapixels and videos at 1080p but provides unlimited storage space, while the latter lets you upload full-resolution photos and videos but will almost undoubtedly force you into one of Google’s paid storage plans.

With your options set, click the Start backup button. I found that the Desktop Uploader did not begin backing up my entire photo library contained in the Mac Photos app but only a handful of photos and screenshots outside of my library that I had scattered on my desktop and in a folder on my desktop. Even though I left the Pictures folder selected as a backup source, Google Photos did not touch the library database file that packages my entire photo library in the Pictures folder. You will need to export any existing photos from the Photos app in order to back up them up to Google Photos. 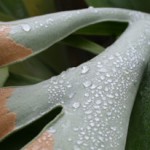 Free Up Space On Windows

Take Better Photos With a Phone