The Supreme Court ruled unanimously Monday that state ethics rules that bar public officials from voting on matters because of a conflict of interest do not violate free-speech rights.

In a decision that highlighted the nation’s history of preventing officials from participating because of personal conflicts, the justices reversed a Nevada Supreme Court decision that said voting in council meetings or other legislative arenas was protected by the First Amendment.

The Nevada court, adopting a novel approach to legislators’ speech rights, had struck down a state ethics law as unconstitutionally overbroad. The law prohibited public officials from voting on any matter in which their independence might be compromised because of a private commitment.

Writing for the Supreme Court, Justice Antonin Scalia said rules such as Nevada’s have been commonplace for more than 200 years and never regarded as infringing on speech rights.

“Voting is not a symbolic action,” Scalia said, as he read portions of his opinion from the bench, “as is, for example, the burning of a flag.”

Specifically addressing the legislative role, Scalia said that when a public official votes, “he does so not as an individual but as a political representative engaged in the legislative process. Acting in that capacity, his vote is not his own speech but a mechanical function of government.”

The decision is a victory for Nevada officials, who were backed by 14 other states and several news media groups, including the Reporters Committee for Freedom of the Press. They argued that ethics rules such as Nevada’s help ensure that politicians do not vote based on their personal interests. 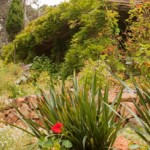 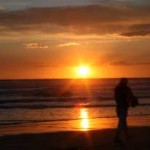 Recent Court Decision Could Lead to More Space on Planes

Ask Google to remove links about you