A new Facebook tool will allow users to delete data that has been used to deliver targeted adverts based on their activity on other websites and apps.

The social networking giant is making its ‘Off-Facebook Activity’ tool available to all users after an initial launch in Ireland, South Korea and Spain last August.

The tool allows you to see what information Facebook holds on you based on other websites you’ve visited or apps used and then lets you either delete it or leave it.

Facebook says the tool could have some impact on its businesses but giving people control over their data was more important.

This is information from specific websites that may be gathered by Facebook and can be either removed in its entirety or just for specific apps and websites.

Much of the advertising on the internet is served to users based on previous online viewing habits, with businesses paying for sites such as Facebook to use this activity information to place adverts in front of users it believes are relevant to them.

If you clear all of your data gathered from other websites that is held by Facebook then the company won’t be able to use it to deliver specifically targeted adverts on Facebook, Instagram or Messenger. 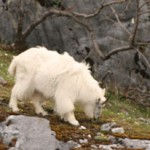 Facebook Targeting Ads Based On Your Web Browsing Habits 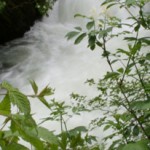