When it comes to online video, consumers are increasingly sharing equally among friends and the public at large. Over the past four years, the percentage of American adult Internet users who upload or post video online has doubled from 14% in 2009 to 31%, according to a new Pew report.

“As the online video culture grows — fueled by video-sharing sites, mobile phones and online social networking — posting videos online is becoming a mainstream online behavior,” Kristen Purcell, associate director of research at the Pew Internet Project, and the author of the report, stated.

Overall, a full 27% of adult Internet users have uploaded a video to the Internet so others can watch or download it, while 18% have posted videos to Web site that they have taken or created themselves.

The most common subject matter for those who post their own videos online is friends and family doing everyday things — 58% of this group post this kind of content — followed closely by videos of themselves or others doing funny things (56%) or videos of events they have attended (54%).

In contrast, just 23% of this group post a video they have intentionally staged, scripted or choreographed, and 30% post educational or tutorial videos they have recorded themselves.

Among all adults who post or share videos online, both their own videos and those created by others, 35% say they have posted or shared a video online with the hope of it being seen by many people or “going viral.”

Just 5% of adults who post videos online say they regret a video they have posted in the past.

As for viewing habits, the percentage of online adults who watch or download videos has also grown over the past four years, from 69% of adult Web users in 2009 to 78% today.

Comedy and educational videos continue to top of the list of most widely viewed types of online video, now joined by how-to and music videos.

These two genres are now rivaled by “how-to” videos, viewed by 56% of online adults, and music videos. Music videos experienced the largest growth in viewership between 2009 and 2013, from 32% to 50% of all online adults.

Pew’s findings are from a nationally representative telephone survey of 1,003 adults conducted this summer. 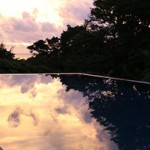