The poorly kept secret to long-term financial health is spending less than you make, but for many Americans that’s simply not possible, according to a new analysis of federal data.

That leaves nearly three quarters of the average income, or $53,708 leftover for general spending.

The average American household spends 22.1 percent of their income on housing, 4.6 percent on utilities, 7.5 percent on vehicles and 9 percent on gas and auto insurance. Other major expenses include groceries (8.1 percent), health insurance (6.4 percent) and eating out (8.1 percent).

Americans also donate an average of 3.5 percent of their annual income, or $1,873, to charity each year.

The analysis gets really interesting, however, when broken down for different income brackets. Engaging-Data divided Americans into five groups – or quintiles – based on income.

The lowest quintile of Americans have an average household income of $25,525, based on a $3,663 annual income, $5,871 in Social Security, $13,590 in borrowed money or from draw downs from savings and $1,781 in other income (including unemployment, workers compensation, or the like). The poorest Americans can also expect an additional $540 in tax returns.

Notably, this low-income group is unable to set aside any savings – setting them up for significant risk in the event of a financial emergency – such as a car accident, urgent home repair or medical costs. Despite that, this group spends 2.5 percent of total income on charity – an average of $650 a year.

The poorest Americans also spend a larger share of their income on housing than all other income groups.

Housing costs average $8,286 for the second-lowest quintile, or 22.3 percent of all spending. Food at home accounts for 9.8 percent of spending, while utilities are 5.8 percent, gas and insurance is 9.4 percent and spending on vehicles is 7.4 percent.

Despite having to borrow or use savings to survive, this group spent $1,192, or 3.2 percent of their annual household income on charity.

The second-lowest quintile also have an average of zero money going toward savings.

The single biggest cost for these Americans is housing, which amounts to $10,238 or 22 percent of their income. They also spend 5.2 percent on utilities, 7.6 percent on vehicles, 9.8 percent on gas and insurance and 8.7 percent on food at home.

This group gives an average of $1,485 to charity, or 3.2 percent of their annual income.

By the second highest quintile, it becomes clear that households in the higher income brackets live a very different reality than their poorer counterparts.

About Nelsonecom
By helping clients understand digital communications and media we work together to effectively use and leverage the power of the Internet for their business objectives. This could be for sales, transactions, lead prospecting, building awareness, and more. We do both search engine optimization (SEO) and search engine marketing (SEM). Visual design, strategic digital communications and marketing, usability engineering, podcasting, and video are some of the services we offer. Others include eBusiness solutions, transactional processes, and digital media. We also monitor our clients’ sites analytics and make content, navigation, and other visual design recommendations. Our clients include small and medium successful offline businesses for whom we develop and use the online world as a part of their future success. Their industries include health, medical, politics, manufacturing, retail, financial, legal, restaurants, gaming, sports, water filtration, real estate, non-profit, and newly financed start-up ventures. In addition, we form partnerships with particular businesses to sell their products and or services online and via digital media. 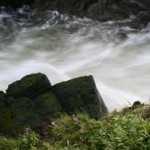 Deciding Upon a Charity 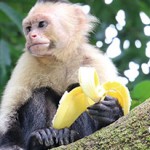 Learn to Build a Retirement Income Through Real Estate Investing