Though the US lags behind the UK and India in many mobile phone usage categories, the number of US mobile phone users has grown from 251 million in 4Q07 to over 263 million in 2Q08 — up nearly 10 percent — according to a Limbo and GfK Technology Mobile Advertising Report, reports MarketingCharts.

The US also shows steady increases in the number of people that recall seeing advertising through their mobile phone, from 31 percent in ’07 to 37 percent in 2Q. 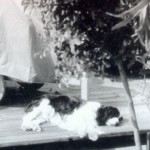 26% of Mobile Users Text While Driving